7 Up-And-Coming Cities In The U.S. To Host A Conference or Convention DPV-Denver-crop

The right combination of hotel prices, exhibit hall space availability, and native city culture and networking venues, make these cities some of the most sought-after locations for professional business meetings.

1. Las Vegas
Reigning as the current business meeting Mecca, Las Vegas and all of its nearby attractions provide business professionals with ample entertainment opportunities, along with affordable rates. The city’s average hotel room price is just over $120 a night, and there’s reported to be over 450 different hotels within Las Vegas city borders. There is also a nearby airport in McCarran International.

2. San Antonio, Texas
An unexpected popular business conference hot-spot is the second largest city in Texas, San Antonio. Known for its quaint collection of historical landmarks like the Alamo, San Antonio also has many nature parks and river walks, and the restaurants offer what is considered by many as some of the best Tex-Mex cuisine in the country.

3. Chicago
The “Windy City” is one of the most active convention cities in the country, with more conferences held and exhibit space sold than many other big cities. McCormick Place Convention Center is one of the largest in the country, and its location in downtown Chicago makes it ideal for business professionals looking to experience the city while in town.

4. Orlando, Fla.
The largest metropolitan area in Florida is also one of the country’s busiest destinations for conferences and conventions. Orlando is known for its spacious meeting rooms and halls, and for the number of hotels and theme parks nearby. There is also Disney World, which is a big attraction for many international business travelers.

5. New Orleans
New Orleans has become increasingly popular as a host city for business meetings and trade shows. Large industries like real estate, transportation, and technology hold national conferences there, and with the local music venues, restaurants, and city history, attendees are reporting fantastic things about their time in the city. Look to see New Orleans increase its inbound business travel over the course of 2016.

6. Indianapolis
The capital city of Indiana has gone through a big renovation during the last 10 years. The completion of Lucas Oil Stadium and a rejuvenated downtown district has made the city a bustling new favorite for business travelers. The expansion of the Indiana Convention Center back in 2011 brought new sky-walkways that connect the stadium, nearby hotels, and convention center, and it’s since become a visitor-favorite to walk down the long halls into the different buildings while staying indoors.

7. Denver, Colo.
The “Mile-High” city is one of the most moved-to cities in the country right now, with a rebirth of tech and medical startups bringing new, younger business professionals to the area. The winter sport industry holds its annual Snow Show Sports trade show in Denver, and many sustainable living companies travel to Denver for conferences as well.

Look for more information on meetings and conventions from DPV Transportation Worldwide.

DPV Transportation Worldwide is a specialized luxury chauffeured ground transportation company with a global network of five-star providers who are experts in group business travel and conferences. For more information or for a quick free quote, click below. 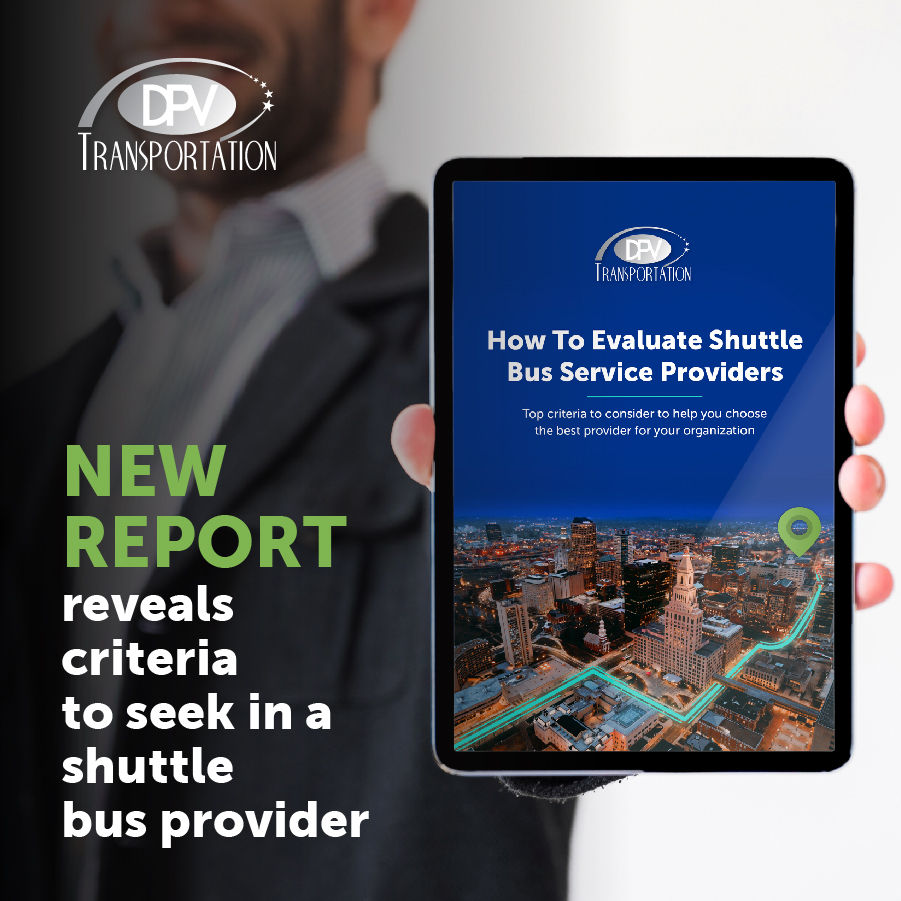